Guns were Made to Kill: An Update

Nearly one mass shooting a day, according to the Gun Violence Archive’s count.

Multiple mass shootings have occurred in just the past two days — at a courthouse in Masontown, Pennsylvania; a business in Middleton, Wisconsin; and a Rite Aid distribution center in Aberdeen, Maryland.

This is, apparently, not abnormal for 2018. According to the Gun Violence Archive, there have been nearly as many mass shootings so far this year as there have been days.

“There have been 262 American mass shootings (4+ shot or killed in the same incident, not including the shooter) in the 263 days of 2018,” the Gun Violence Archive tweeted.

As the tweet noted, the Gun Violence Archive defines mass shootings as events in which four or more people, excluding the shooter, were shot but not necessarily killed in a similar time and place.

This is different than other definitions of mass shootings. Some definitions consider an event a mass shooting only if four or more people were killed. Others, like Mother Jones’s tracker, exclude certain types of shootings, such as gang and domestic violence, even if there were mass casualties.

Regardless of whether Gun Violence Archive’s count fits everyone’s definition of a mass shooting, the point is the same: The US regularly — almost daily — has shootings in which multiple people are wounded or killed.

The good news is that crime and murder have generally trended down over the past couple decades in the US. The bad news is that the US, based on the numbers from the JAMA study, continues to see far more gun deaths than other developed nations.

That’s not because America is completely helpless in the face of these tragedies. The reason other developed nations have less gun violence in general is because they have stricter gun laws and fewer guns. (For reference, the US had 120.5 guns per 100 people in 2017 — more guns than people — while Canada had 34.7 per 100 people, Germany had 19.6 per 100 people, and Australia had 14.5 per 100 people, according to the Small Arms Survey.)

Good research backs up the link between more gun control and fewer gun deaths. A 2016 review of 130 studies in 10 countries, published in Epidemiologic Reviews, found that new legal restrictions on owning and purchasing guns tended to be followed by a drop in gun violence — a strong indicator that restricting access to firearms can save lives. The review suggested that no one policy seems to have a big effect by itself, but a collection of gun restrictions can produce a significant effect over time.

But in a political and cultural environment that’s made it difficult to pass almost any new gun control law at the federal level, Americans have by and large just gotten used to the regular pace of tragedies. As Sheriff Donny Youngblood of Kern County, California, said at a press conference after a mass shooting in Bakersfield, California, last week, “This is the new normal.”

A map of all mass shootings in the US, going back to 2013. To explore the data, click here for Vox’s full map 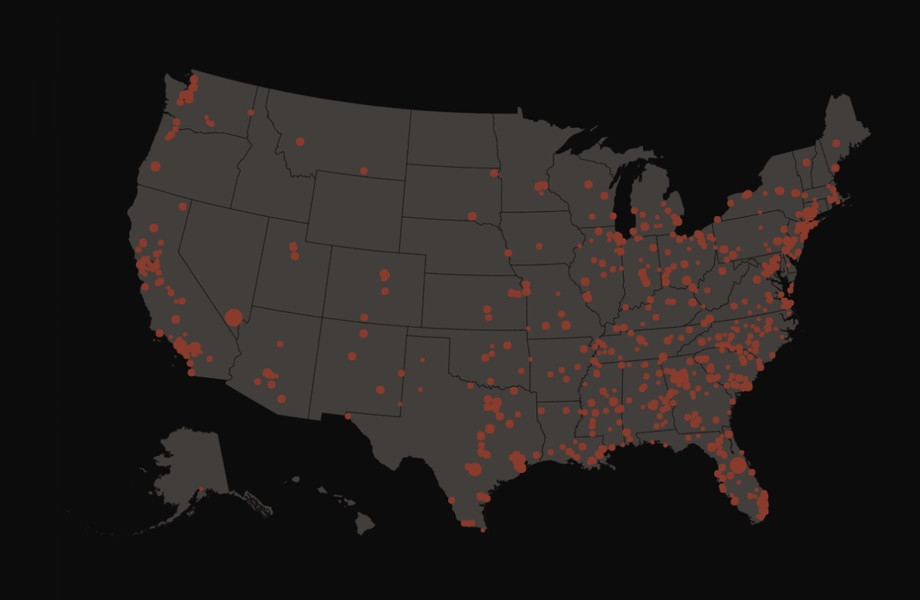 What will it take to change your mind? Guns were made to kill! CM