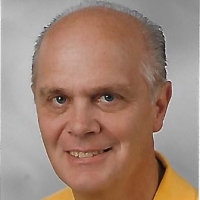 Recently, someone wrote to me and asked about Zech 12:10 .... and his concern was simply, that the widespread translations of this verse give the impression as if God had been pierced, which is obviously an impossibility, since God was not hanging at the cross, as Jesus' own words "My, God, My God ..." (cp Mt 27:46) plainly tell.

Compare the following two translations of Zech 12:10 (bold face emphasis of relevant parts of the text by me):

10 But over the House of David and the inhabitants of Jerusalem I shall pour out a spirit of grace and prayer, and they will look to me. They will mourn for the one whom they have pierced as though for an only child, and weep for him as people weep for a first-born child. (The New Jerusalem Bible. (1985). (Zec 12:10). New York: Doubleday.)

“I will pour out on the house of David and on the inhabitants of Jerusalem, the Spirit of grace and of supplication, so that they will look on Me whom they have pierced; and they will mourn for Him, as one mourns for an only son, and they will weep bitterly over Him like the bitter weeping over a firstborn. (New American Standard Bible: 1995 update. (1995). (Zec 12:10). La Habra, CA: The Lockman Foundation.)

There are quite a number of German translations which translate yet another way, based on different Hebew MSS texts .... they read (my translation from German to English):

One more point to consider: One should not forget that at the time when the passage in Zech was inspired and written down, there was no "holy trinity dogma" in existence, thus any such trinity colored interpretations have absolutely no place in a study of the passage in order to determine (1) which MSS reading most likely reflects the originally inspired text, and (2) which of our translations provides a correct rendering of the inspired text.