Do Christians and Muslims worship the same God? 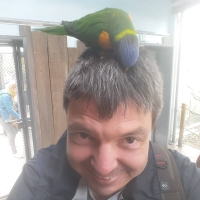 This question has caused some controversy recently.
https://www.theguardian.com/us-news/2016/feb/07/wheaton-christian-college-professor-larycia-hawkins-muslims-worship-same-god

Here are my thoughts.

Most Muslim background believers (MBB) I have talked to consider YHWH and Allah the same God, whereas most Christians I have talked to don't consider them to be the same. Since MBB know both worlds, and have worshipped both Allah and YHWH, I'm giving them the benefit of the doubt, and consider that YHWH and Allah might be the same. Of course truth is not defined by that, so it requires further investigation.

So what does it means to "worship the same God"? Since there is only one God, we must investigate what it means when two "gods" are the same. And I don't think there's a universal definition of that to which everyone agrees. And depending of the definition, the answer to the original question varies.