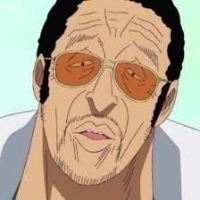 I have to admire @Wolfgang23 for leaving. Some people become addicted to skillful slams and subtle down-puts. They can't quit. Anger spills out and they need someone to attack. They are energized by hate. They often look pious to those physically around as a cover for their abusive nature. Wive's and children suffer their anger and abusive spirit. Unable to transform their pain, they transmit it. They may (or may not) seem ever so nice and polished online but inwardly they are full of boiling poison and dead-men's bones. I admire who can get free of forum addictions.